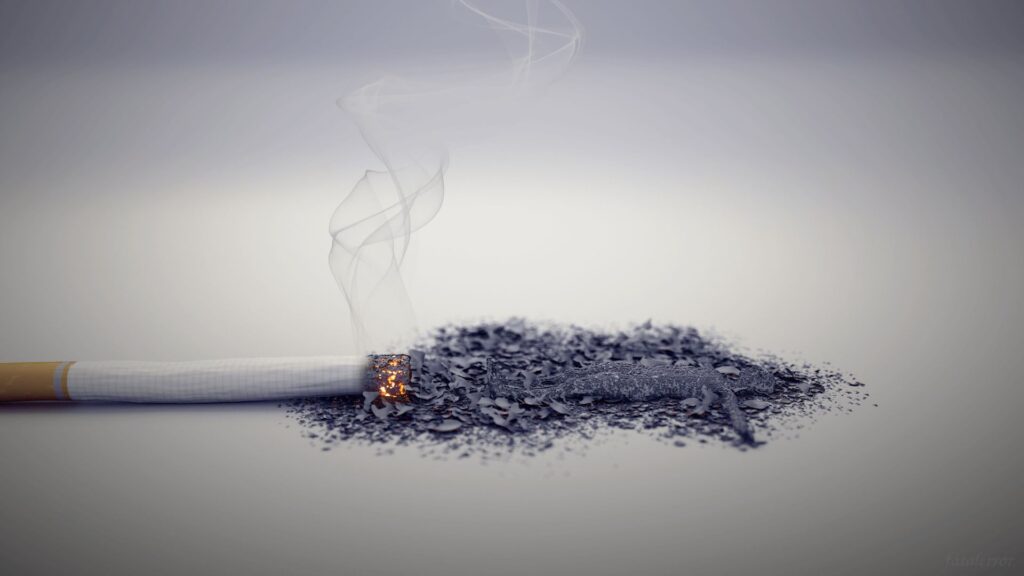 Thank You for Not Smoking

When considering writing about smoking, I wanted to look at the other side of this nowadays very much „hated and unacceptable“ habit, and not just listing the endless negative and harmful effects smoking has on our body. Yes, I did find the other side but it just cannot be put into equation.

It takes will and determination, giving up those stolen moments of pleasure and practically lost rituals. That is why it is important to replace smoking with some less harmful habits, like the tea ceremony, perhaps. I think that more strategies are needed, but it is necessary to start from somewhere.

Even during the BCs, historians found signs of native Americans using tobacco, which was later (600-1000 AD) evidenced in some Guatemalan pottery. In 1492 Cristofer Columbus discovered tobacco in the New World and described it as “certain dried leaves that gave off a distinct fragrance”. Soon, some of the Spanish and other explorers took tobacco to Europe and smoking spread widely during 16th century. At first, some physicians were prescribing smoking tobacco for some diseases (for example, toothache, falling nails, worms, bad breath and few more), but then, at the beginning of 17th century, the first strong criticism and even ban on smoking occurred (even to the extent of the death penalty being inflicted on guilty users in Russia). Its harmful effects on health were noticed early, such as respiratory or brain problems, but also, the fact that it is hard to quit once a person gained the habit. Since then, there have been many anti-smoking campaigns, connected with the respective researches and finally, the social awareness and acceptance of the strong negative image of smoking dominates the present day worldwide.

The fact is that nicotine is one of the most addictive drugs, which means that it must have a positive effect.   If there were no positive side effects there would be no one who smoked.

Nicotine increases levels of dopamine, glutamate and endorphins in the brain, giving the smoker pleasant feelings, enhancing the connections between nerves in the brain and causing smokers to associate smoking with enjoyable rituals, particularly completion ones (after food, after sex).  Eventually the act of purchasing, tamping down a pack, shaking one out – the entire smoking event is a pleasurable experience.  Somewhere in modern society we lost our appreciation of ritual outside of religion, but rituals are hugely important component of drug use.

Nicotine initially increases adrenaline which, in addition to providing a boost of alertness and energy also gets the body to dump glucose into the blood at the same time nicotine itself might be suppressing insulin so the sugar in the blood stays there and hunger is reduced. Nicotine can also boost basal metabolism a bit causing a weight loss effect. Saying that we better add here that lots of horrible things, such as food poisoning and cancer can also cause weight loss.

Along with the adrenaline boost, cigarettes can wake you up, by mimicking and increasing levels of the neurotransmitter acetylcholine.

While smoking is no longer considered cool, it still has some social benefits.  For example, some companies still allow workers to take smoke breaks in an isolated area outside of the work environment.
For some people the image of smoking becomes cooler as it becomes less acceptable.
Another “funny” thing is that people use “belly” breathing techniques when smoking, which is otherwise difficult to implement during normal breathing. The deep breathing or “belly” breathing is recommended in relaxation and therefore, calming down from stress of some upsetting situation.

Of course, problems relating to smoking hugely outweigh the benefits.

If you are still a smoker, please, consider replacing this habit with some less harmful ritual as soon as possible. Your body, mind and people around you will be grateful. Thank you for not smoking!