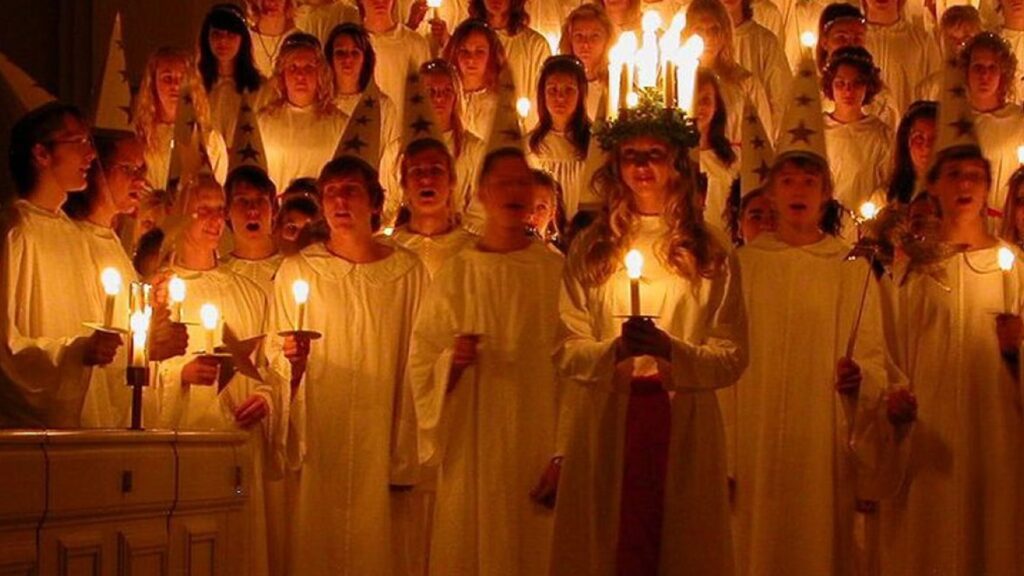 Saint Lucia, the Link of Light

The search and learning about the connection between people and cultures is an endless process and I find it exciting and insightful.

There are so many things that link European nations and one of this is the winter celebration of light – Saint Lucia day, 13th of December. As opposed to Midsummer day, Saint Lucia’s is the shortest day in the year, where the light or „lux“ stays alive just for few hours up in Sweden, while it is a bit longer here in Croatia.

The legend of Lucia stems from Syracuse on the island of Sicily. It is thought that during a time when the rulers of the land did not look favorably upon Christianity, a woman named Lucia had devoted her life to God and the poor. She gave her entire dowry to the poor, and the man she was to marry was very upset by this. Lucia was put on trial, refused to renounce her Christian beliefs and was declared a witch…

There are many theories on how the legend of Lucia came to Sweden. It could have been brought by priests, German traders or even by the Vikings in their adventures to southern Europe. No one knows just how it evolved into the uniquely Swedish tradition it is today, and there are many versions of a Swedish Sankta Lucia story.

One popular version is a story of a terrible famine many years ago. On 13th December, a well-lit ship on Lake Vannern approached the shore carrying a woman at the helm dressed in white with a glow around her head. Having heard the Italian version the starving people thought it could be Saint Lucia coming to save them from this terrible famine.

In Croatia, based on the same legend, Lucia is celebrated as protector of sight, blind, seamen, tailors, weavers, blacksmiths, farmers, glassworkers, scribers and gatekeepers. So many professions seem to be guarded by this saint but above all, the sight is the first thing one thinks of at the mention of St. Lucia’s name. Speaking about the sight and its protection, Wellbe, being dedicated to good health and wellbeing, is pleased to cooperate with several good specialists in eye treatments who have the skills, expertise and equipment to deal with any problem connected with eyes.

The colour green, as a part of the Saint Lucia’s customs and traditions in both Sweden and Croatia, are connected with green plants and grass that appear as symbols of this festival of lights. In Sweden it is a crown of fresh green leaves and lit candles on the girl’s (usually the oldest daughter’s) head and in Croatia we plant the wheat seeds into the bowls with soil and they grow into bright green grass by Christmas Day.