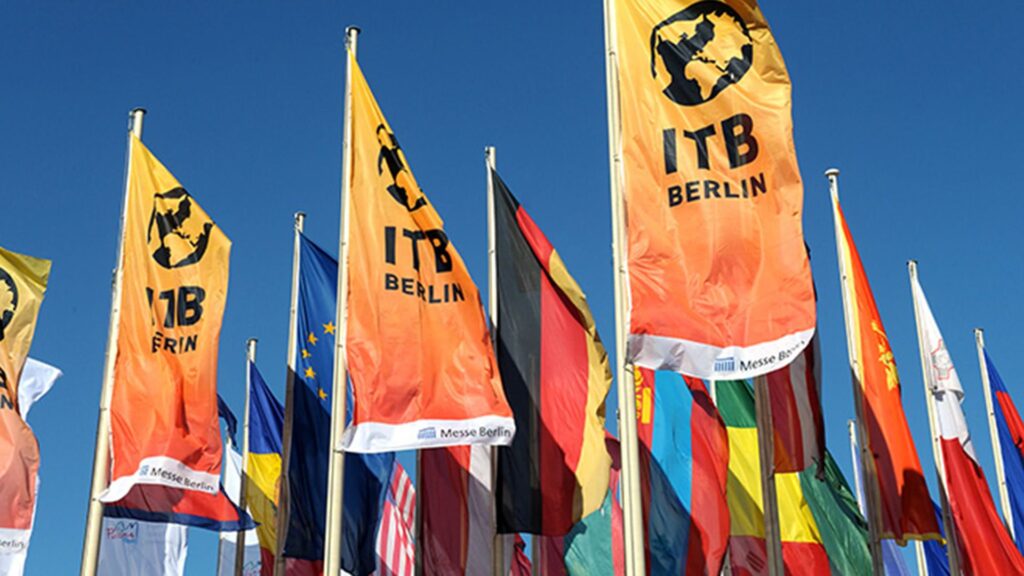 This week I visited ITB Berlin, which is one of the leading European and world’s travel trade show. Just a few facts demonstrate its strength and importance for the tourist business.

There were visitors from 5 continents or 180 countries. The estimate is that the ITB is visited by over 600 qualified top buyers. One can choose to peek into 10,000 exhibitors’ stands while the visitors can roughly be divided into 20,000 convention, 110,000 trade and 50,000 of private visitors. And all these are happening in the large Fair area (Berlin Messe) of 160,000 square meters. Its business rationale is very clear – it creates 6 billion euro turnover.

I was impressed with its wide, global offer and, of course, didn’t manage to see all the exhibition halls, but at the end of the day I felt pleased with what I saw and satisfied with the contacts I made and things I learnt from my discussions with tourism enthusiasts worldwide.
Since I focus on medical tourism, I found some interesting information about the habits that people from various parts of the world have when considering their health issues. The report I discussed then led to the most common diseases that appear in different parts of the world. So, here are several data about the European citizens and how are they affected by health systems and medicine today:

Europeans enjoy a much longer life expectancy than the previous generation, but large inequalities in health remain across and within countries. These are largely due to disparities in access to, and quality of, care, as well as individual lifestyles and behaviours.
Life expectancy is steadily increasing in the EU, reaching 79.2 in 2012 (82.2 for women and 76.1 for men). This is an increase by more than five years on average since 1990. But the gap between those countries with the highest life expectancies and those with the lowest remains eight years.

In most EU countries, universal health coverage has ensured continued access to health care during the recent economic crisis. Several countries have seen their coverage for certain health services and goods reduced, and out-of-pocket payments by patients have risen.

On average across EU countries, the proportion of low-income people reporting some needs for medical and dental care which are not met is twice that of the population as a whole, and four times that of high-income groups. Such unfulfilled care needs may have long-term health and economic consequences.

Quality of care has generally continued to improve in recent years in most European countries, despite the crisis. Mortality rates for people suffering from a heart attack have decreased by 40% and strokes by 20%, on average across EU countries over the past decade.
Between 2009 and 2012, expenditure on health in real terms fell in half of the EU countries and significantly slowed in the rest. Health spending decreased due to cuts in health workforce and salaries, reductions in fees paid to health providers, lower pharmaceutical prices, and increased patient co-payments.

Obesity is a grave concern, with 53% of adults now either overweight or obese. Obesity presents very great health risks and currently affects one in six adults in the EU, an increase from one in eight a decade ago. However, there are considerable variations between countries.

EU policies and strategies are needed to promote healthy lifestyles, protect healthy living standards and improve the prevention, early diagnosis and treatment of diseases in countries that are lagging behind.

Norway and Switzerland are the two European countries that spend the most on health. Among EU member states, the Netherlands, Austria and Germany are the highest per-capita spenders, while Romania and Bulgaria are the lowest-spending countries

Across EU countries, three-quarters of all health care spending is publicly financed. In Denmark, the United Kingdom and Sweden, governments finance more than 80% of all health spending.