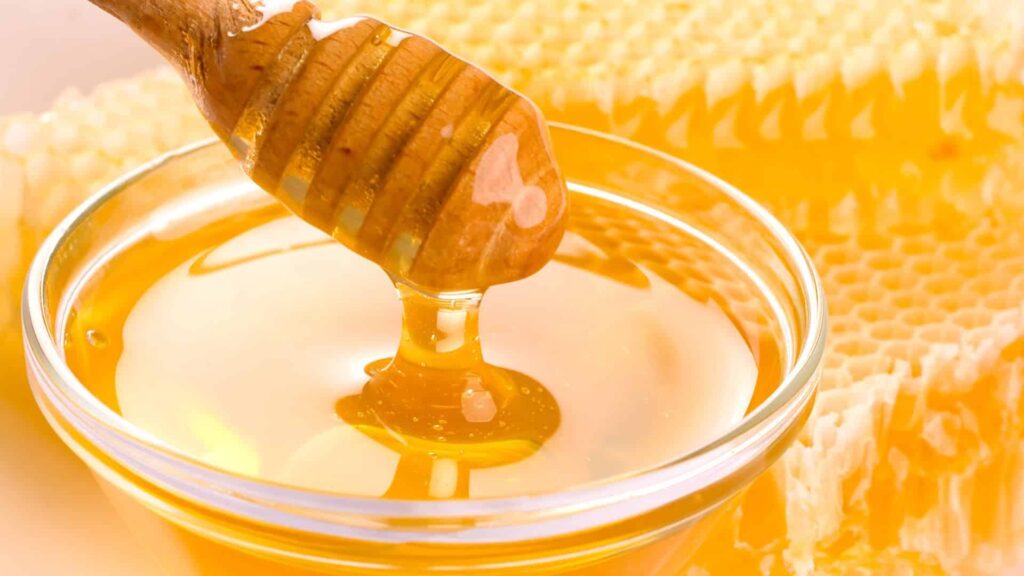 Honey is probably one of the most commonly accepted foods worldwide for its excellent qualities that have been known for centuries as being beneficial for human health.

Every country and every region has its specific plants and flowers that make the honey of that area unique and thus good for treating different health conditions. I am curious to find out the differences between, for example, honey from Sweden and Istria. I assume that in Sweden it tastes more like berries or forests than here in Croatia, where you can find honey that bees make from lavender, acacia, linden, chestnut, sage and so on.

Did you know that the European Union is the world’s second biggest producer? The leading producer is China, with around 400 thousand tons per year. The biggest producer within the EU is Spain, with 34 tones, while the production in Sweden a few years ago amounted 3.3 thousand tons. It is well known that only recently, just a couple of years ago, many areas around the world suffered from bee colony decline but recent statistics suggest that the situation seems to have stabilised at the moment.

There are a number of studies about the honey and its effects. There is no doubt of many positive sides of this product, loved by many for its pleasant, sweet and somehow fulfilling sensation to humans. On the other hand, some of the legends about honey‘s healthfulness are unproven or even just myths – except in the area of wound care and, to a lesser extent, cough suppression.

Following our small research about honey, we found few interesting and, we believe, important things that could be worth a while reading and considering.

Honey is natural and considered harmless for adults. But pediatricians strongly caution against feeding honey to children under 1 year old. That’s because of the risk of botulism. The spores of the botulism bacteria are found in dust and soil that may make their way into honey.

In the laboratory, honey has been shown to prevent the growth of food-borne pathogens such as E. coli and salmonella, and to fight certain bacteria, including Staphylococcus aureus and Pseudomonas aeruginosa, both of which are common in hospitals and doctors’ offices. But whether it does the same in people hasn’t been proven.

You’ll see that some are lighter, others are darker. In general, the darker the honey, the better its antibacterial and antioxidant power.

Manuka honey is sometimes used to treat chronic leg ulcers and pressure sores. It is made in New Zealand from the nectar of Leptospermum scoparium. It’s the basis of Medihoney, which the FDA approved in 2007 for use in treating wounds and skin ulcers. It works very well to stimulate healing. A healing wound, whether chronic or acute, is a clean, granulating wound that is absent of bacteria and swelling. The same source doesn’t recommend it for burns because it can cause pain.

Some laboratory studies suggest it has the potential to clear up stuffy noses and ease allergies triggered by pollen. But it’s a bit of a stretch to apply that to patients, also for the following reasons: most allergy sufferers are sensitive to wind-carried pollens like grass and ragweed — the kind not carried by bees and transformed into honey.

The view of the allergy specialists is that even if there are allergens in the honey, it wouldn’t make a difference, because it gets broken down by stomach acids and doesn’t trigger an immunological response.

One holistic practitioner says that she likes to use a buckwheat honey-based syrup to ease early symptoms of a cold. She says it calms inflamed membranes and eases a cough — the latter claim supported by a few studies.

In a study that involved 139 children, it beat out dextromethorphan (a cough suppressant) and diphenhydramine (an antihistamine) in easing night-time coughing in children and helped to improve their sleep.

“If you’re suffering from a cold or something going on in the throat or upper airways, getting on board with honey syrup will help fight infection and soothe membranes,” is the common advice given by a general practice doctor.

Even if it is natural, it is no better than ordinary white or brown sugar for dieters or people with diabetes, says a dietitian Toby Smithson, a spokesperson for the American Dietetic Association and founder of the web site, Diabetes Everyday. He says: “One of my favorite quotes is that ‘a sugar is a sugar’ when it comes to diabetes.”

Here in Istria we follow the new trends of encouraging natural, ecological producers. We support them through the exchange within local solidary groups, buyers and producers. We have confidence in one another, meaning that we will inform each other about significant changes in the quality on the one hand and needs on the other. It seems that we continue using honey for its qualities and appreciation for its taste as well as for the impact we believe it has on our health.