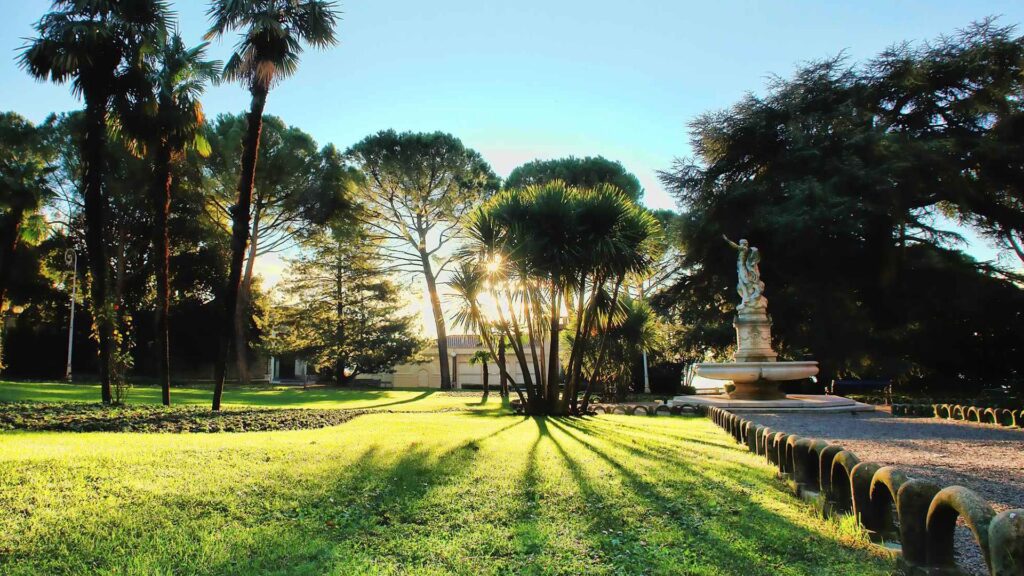 Just before the beginning of this spring, Opatija is re-opening some of its grand parks and botanical garden that have been renewed and revitalized.

Here is the story inspired by the landscape architect Patrice Todisco who visited Opatija and reminded me of yet another of the town’s fine attractions as well as of the reason for its well-deserved name “the Pearl of Adriatic”.

Located southwest of Rijeka, Opatija is situated at the gateway to the Istrian peninsula on the Gulf of Kvarner. Supporting a mild climate ideally suited for horticulture Opatija’s geographic location, just over two hours by car from Venice or two hours by plain from Scandinavia, is augmented by a physical beauty accentuated by a rugged coastline connecting historic villages framed by gently sloping mountains.

Opatija’s (in Croatian language the name means: abby) early history is closely tied to the development of the Benedictine abbey of St. Jacob mentioned as early as 1453.  St. Jacob, protector of pilgrims and travelers, is Opatjia’s patron saint, a fitting reminder of the role of tourism in the city’s evolution. Today St. Jacob’s, the oldest building in Opatija, sits within an integrated network of open spaces, gardens, promenades and parks with Park Angiolina, deemed the most beautiful park on the Adriatic coast at its center.

Built by Ignio Ritter Scarpa, a wealthy merchant and ship-builder from Rijeka, Villa Angiolina, one of the grandest structures in Opatija, houses the Croatian Museum of Tourism.  Scarpa, described as a “lover of nature,” named Villa Angiolina after his wife and the creation of its garden consumed him. Scarpa’s passion for horticulture was enabled by his profession as a merchant with botanic specimens from China, South America, Australia and Japan acquired for the garden on trading expeditions. One such specimen, the Japanese camellia (Camellia japonica), became the symbol of Opatija.  For the past five years an Association of Camellia lovers, named in his honor, has sponsored an exhibit “Camellias of Opatija Riviera”  in the Art Pavilion located in the garden.

The coastline of Opatija is home to aged oak trees that form irreplaceable part of the region’s natural heritage and culture. The trees have been incorporated into the landscape and Opatija remains one of the rare places, within Europe where as many as five species of oak (Turkey Oak, Downy Oak, Sessile Oak, Holm Oak and Cork Oak) grow along the coastline.  An effort to preserve the oaks within Opatija is ongoing.

Throughout Park Angiolina works of art and sculpture are sited. The art pavilion built around 1900 provides space for exhibitions and cultural events.

In 2011 the mural was created on a wall surrounding Park Angiolina’s open air theater.  Dubbed the “Wall of Fame” it depicts the images of famous guests to the city including recent visitors (Robert DeNiro) and historic personages.